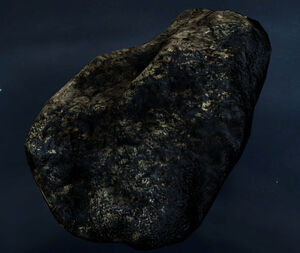 Asteroids, are large enough to support tiny populations and may contain valuable resources. Others are simply dead chunks of rock best used for defense.

Unlike Asteroid Belts, asteroids may contain a colony. Colonies built on asteroids are generally smaller then those found on planets, however an asteroid can be useful for storing research facilities. No species has any interest in developing or improving colonies upon these rocks and they are just used as mining colonies, with a meager taxable population.

Retrieved from "https://sinsofasolarempire.fandom.com/wiki/Asteroid?oldid=15319"
Community content is available under CC-BY-SA unless otherwise noted.